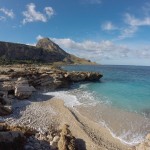 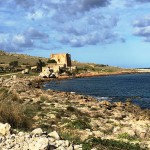 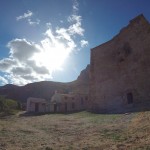 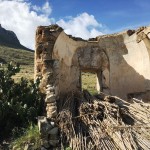 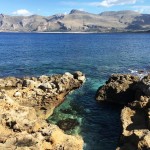 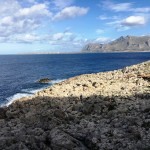 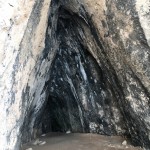 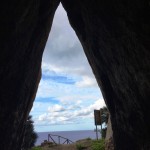 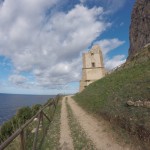 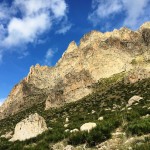 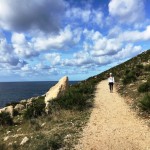 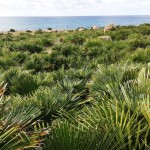 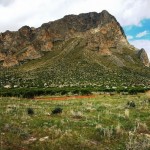 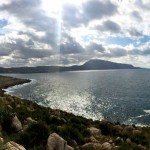 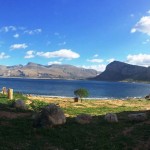 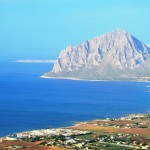 The Nature Reserve of Mount Cofano is situated in the province of Trapani, a few kilometers from San Vito lo Capo.
The mountain reaches the height of 659 meters, its rock is calcareous and it dominates the gulf of Macari on the East and the gulf of Bonagia on the West
There are two entrances: the East entrance which is at the beginning of the Gulf of Macari and the west entrance which is in Cornino.
There are three trails for trekking:
The trail of the Mare (il sentiero del mare): which connects the two entrances by turning around the mountain along the sea, on the North slope. This trail is relatively flat and easy. It takes about 1h45
The Baglio trail (il sentiero del baglio): which also connects the two entrances but on the southern slope walking by the Baglio Cofano. This path passes between the two summits and reaches the height of 250 meters. Its difficulty is medium. It also takes 1h45.
The trail Scaletta (il sentiero Scaletta): which begins at Baglio Cofano and reaches the summit of the mountain by furrowing the southern slope. This path is the most difficult, but the view from the summit is unbeatable! The view over the two gulfs of Macari and Bonagia to the Egadi islands is breathtaking!
One of the special features of the reserve is the karstic phenomena due to the erosion of the limestone rock by the water of the sea. The rock on the surface forms small peaks and conchs of water. In depth there are submarine caves.
The flora and fauna are the same as those of the Zingaro Nature Reserve a few kilometers away. The animals that live there are: fox, rabbit, weasel, porcupine, but also small rodents such as the vole of Savi and the dormouse as well as reptiles such as the Sicilian lizard, the green lizard and, among the serpents, the rat serpent and the viper.
The birds are the peregrine falcon, the kestrel, the harrier, the raven, the pigeon and the gull.
The flora consists of: dwarf palms, an ancient forest of holm oaks, rock cabbage, Bivona cabbage, the Bivona spurge, the small saffron of Linares, and certain types of wild orchids.
The points of interest are: along the Mare trail: the Tonnara Tower, the San Giovanni Tower, the crucifix cave; On the Baglio Trail: Mangiapane Cave and Gorgo Cofano (a small natural pond)

Nathalie’s tips: During the hot season, I recommend trekking in the late afternoon, beginning with the trail del mare, on the north side, so to walk in the shade. The Baglio trail and / or the Scaletta trail, on the southern slope, are to be done during the coolest hours. For those who wish to add another excursion during the day, I recommend the visit of Erice for those with cultral interest or a swim in the turquoise waters of San Vito lo Capo for those who prefer to relax before exercise! If you are coming from Erice, a stop at the Tonnara de Bonagia is a must. Of course, do not miss a lunch in one of the famous restaurants of Erice or San Vito to taste the local specialty: couscous with fish! The walk in the nature reserve of Mount Cofano can be done at any time of the day in spring and autumn when temperatures do not exceed 25 ° C