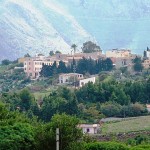 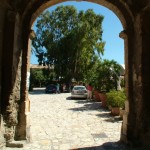 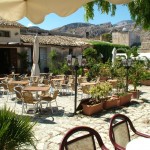 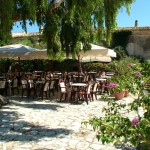 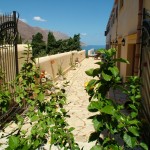 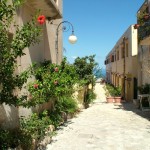 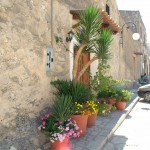 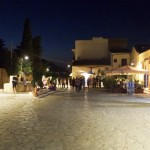 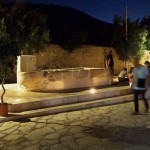 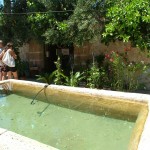 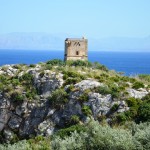 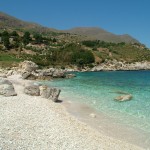 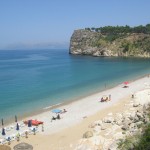 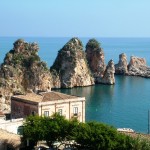 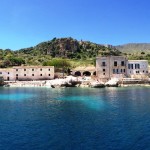 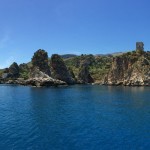 Its name comes from the Greek “Skopelos” which means “rock” and which refers to the majestic stacks in front of the tonnara. During the Roman domination, the village was called “Cetárea” for the abundance of tuna.

The entire economy of the village was actually based on fishing and especially on tuna fishing: the fishermen went off the coast waiting for the passage of the schools of tuna. Then could begin the “Mattanza”: the fishermen drove the school of tuna into the “death chamber”. Then they pulled the net that formed the bottom of this death chamber. It was an amazing show of force and “the tonnarotti” found their strength singing the Cialoma. The water surface teemed of tuna which were pulled on board of four large boats commanded by the “Rais” with the help of harpoons. The images of the “Mattanza” are immortalized in the paintings of Guttuso, After fishing, the tunas were partly dried, partly preserved in oil. The four big boats were carefully placed in storage until the next massacre. The last Mattanza took place in the early eighties but it was not fruitful because now, the schools of tuna were detected by radars and helicopters since their passage off the coast of Africa, and captured before they could reach the coast of Sicily.

Today, the number of tunas which reach the Sicilian coasts during their spring migration has decreased significantly. The stores of the tonnara of Scopello still preserve the boats, anchors and all the material used for the Mattanza. Inside the tonnara there is also a small chapel where fishermen used to pray for an abundant catch.

Scopello was virtually abandoned when the Zingaro nature reserve was created in 1981. Its inhabitants then converted to tourist activities. Slowly, the village saw the birth of its small typical restaurants, bars and bed and breakfasts, always keeping carefully its typical and authentic aspect. The ancient houses of the Baglio (inner courtyard) and the old warehouses were restored in the respect of tradition.

The diving school was born more than 20 years ago. Lots of divers come from all over the world to discover the beautiful underwater world of the tonnara and the Zingaro nature reserve. The school also created an archaeological trail where are exposed all the archaeological finds discovered by its teachers since its creation.

So Scopello is now living a second life thanks to a selective tourism, attentive to the maintenance and restoration of its cultural heritage. It is a true paradise for people in search of wild nature, beautiful sea and gastronomy !

Worth to be seen: The Baglio Isonzo (13th century), the ruins of the Bennistra Tower (16th century) built on a stack south of the village, the two towers of the tonnara: the Doria Tower and the Tower called “Di Scopello ” erected on one of the stacks in front of the tonnara, the tonnara, the Zingaro nature reserve. Two other towers near Scopello are still visible: the Guidaloca Tower on Guidaloca Bay 2 kilometers from the village, and the Tower dell’Uzzo inside the Zingaro nature reserve.

The specialty of Scopello: The famous “Pane Cunzatu ‘, a bread baked in a wood oven and seasoned with olive oil, anchovies, sun dried tomatoes, local cheese, olives and oregano. Delicious!

Click here to see our villas close to Scopello