Here is the list of events and festivals which take place in Sicily during the month of January: 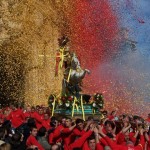 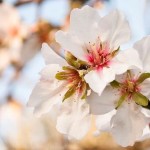 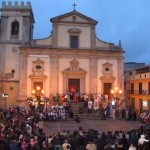 From 4 to 6 January: Dolce Sicilia in Castelbuono (province of Palermo): The excellence of Pastry. Tastings, concerts, shows, tours.

On 06 January: Fairs and festivals are not lacking in Sicily! Here is the list of everything that you can do on the Epiphany day, to conclude the festive season in the best way:

The Ministry of Nardu in Santa Elisabetta (province of Agrigento) : Epiphany in St. Elizabeth , the ” Pastoral Nardu “, one of the oldest and most authentic Sicilian folk festivals, faith and folklore.

U Pagghiaru to Bordonaro : The Epiphany in Bordonaro  (province of Messina): annual appointment with ” U Pagghiaru .” The tradition dates back to the eleventh century. It was imported by the Basilian Fathers that brought the use of Armenia to celebrate the day of the Baptism of the Lord.

Feast of the Child Jesus of Gancia Palermo : Preceded by a solemn octave , the solemn procession of the miraculous “Little Baby” of Gancia, placed on an artistic fercolo.

Procession of the Epiphany in Barcellona Pozzo di Gotto (Messina province) : Traditional procession of Child Jesus, accompanied by the sound of the bagpipes and the quaint parade of characters .

Festival of sfincia in Montelepre (Palermo province) : Traditional Festival ” Sfinciadi priescia “: Typical sweet of Montelepre with a “E” shape, made with flour and water and flavored with sugar, honey and cinnamon.

Feast of Li Tri King in Canicattì ( Agrigento ) : Dramatization of the Nativity. The performance takes place on January 6. Commemoration of the visit of the Magi to the grotto of Bethlehem.

On  14/15 January in Viagrande ( atania province) : Feast of San Mauro Abate : Spectacular procession of the patron saint with a great choreography of fireworks.

From 15 to 17 January : Feast of St. Anthony the Abbot in Troina (Enna province   Traditional appointment with the fest of “pagghiara” as part of the liturgical celebrations of Saint Anthony Winter in Troina

The 19/20 January: Feast of St. Sebastian in Ciminna (province of Palermo): The first appointment of the religious tradition of Ciminna: Solemn Mass , traditional ‘ Ntinna and tasting of typical products.

On January 19 : Feast of Maria Santissima della Cava in Marsala (Trapani province):  From traditional novena day 10  up to 19 January:  the procession of the statue of the Madonna.

From 19 to 27 January : Feast of St. Sebastian in Maniace (Catania province): Procession through the Townships of the country. Distribution of “panuzzi’ (small breads) “Sammastianu the blessed .”

January 20: Feast of St. Sebastian in Tortorici (province of Messina ): Traditional “Procession dell’Alloro ” along the streets of the City to the Church of S. Maria Assunta. Tasting of typical products.

From 20 to 27 January : Feast of St. Sebastian Acireale ( Catania province ) : Spectacular procession of the fercolo, pulled by devotees.

On January 20 : Feast of St. Sebastian in Cerami ( province of Enna): Tradizionale “The Descent circu u ” trophy votive bay .

Medieval Festival in Monforte San Giorgio (province of Messina): Commemoration of the entrance of Count Roger and liberation from Arab rule . Food tasting, medieval trade show . Date to be confirmed

To see the most important feasts and festivals of the year in Sicily, click here.