Here is the list of events and festivals which take place in Sicily in February: 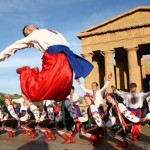 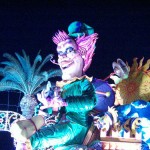 From 25 February 25 to 04 March: Feast of the Majorcan in Novara di Sicilia (ME). Typical sheep cheese of Novara di Sicilia. The feast takes place during the Carnival week.
On the 02 and 03 February, Feast of St. Blaise in Militello Rosmarino (ME). Festival in honor of the patron saint and protector of San Biagio “SCIARA CA RAMA” and “CANNIZZOLI”along the streets of the village.
On 02 February: Feast of the Madonna del Soccorso in Sciacca (AG). Traditional rite of “the smoke”, a cloud of incense spreads in the air, recalling the miracle of deliverance from the plague in 1626.
On 02 February: Feast of Santissima maria della Candelora in Villafranca Tirrena (ME).This  is “The festival of light.”
Every Sunday morning:  Flea Market in Catania: Antique furniture, antiques or modern art.
On 03 February: Feast of St. Blaise in Salemi (TP): Traditional “Festa del Pane” on the occasion of the celebration of the patron Saint Blaise. “Cuddureddi” and “Cavadduzzi ‘San’ mBrasi and Historical Parade Reminiscent of the Miracle of St. Blaise.
From 03 to 05 February: Feast of Saint Agatha in Catania: The most beautiful feast of a patron in the world !: three days of devotion, folklore and traditions.
On 05 February: Feast of St. Agatha in Ali Superiore (ME). Festival in honor of Saint Agatha of Catania Virgin and Martyr, patron saint of the town of Catania and Ali Superiore. Procession with the statue of the revered saint through the streets of the town
From 08 February to March 16: Feast of the Almond Blossom in Agrigento. 69 ° ALMOND BLOSSOM FESTIVAL, 59th International Folklore Festival, 14th International Festival “Children of the World”.
On 09 February: ‘A Fera Bio in Catania:  Organic products directly from farmers, traditional crafts, eco tourism, fair trade, music and tastings. The second Sunday of each month.
From 14 to 16 February: Cioccola-Ti-Amo (I love chocolate) in Fiumefreddo. The protagonist of Cioccola-Ti-Amo will be the high-Sicilian pastries, prepared by Master Pastry Chefs of the area who will offer the best of the food of the gods
From 04 to 15 February: Carnival of Acireale (CT): “The most beautiful Carnival in Sicily”, floats, parades and masked performances.
16 February: Antique Market in Caltagirone (CT): “A truvatura” antiques market which takes place every third Sunday of the month, in the old town center, nestled between the Baroque and the calatina ceramic tradition.
19 February: Feast of St. Conrad in Noto (SR) Feast and procession of the patron saint San Corrado Confalonieri. The faithful of St. Conrad and the holders of “cilii” (traditional votive torches) bring and escort the urn.
From 22 to 25 February: Feast of St. Gerland of Agrigento. The town of Agrigento celebrates the patron Saint Gerland, Procession with the urn and the relics of the saint. The festival is renewed on 16 June.
From 22 to 23 February: Antiques Fair in Barcellona Pozzo di Gotto (ME) at the Giardini Oasis  – Piazza San Sebastian Barcelona: The appointment with the Antiques Fair as every month.
22 February: First edition of the historical re-enactment of the arrival of Gerland in Agrigento, the first bishop of the second millennium after the Norman victory and the defeat of the Muslims

The Sicilians Carnivals will all take place from  27 February to 04 March:

The Carnival cattafese (ME): In Cattafi, a small village situated in the province of Messina close to San Filippo la Mela.
The Carnival of Gioiosa Marea (ME): the Carnival of Murgo “Great Feast of Murghe” opening with “La Racchia” (The Ugly) and the traditional parade of “Murgo e dell’Orso”
The Carnival of Antillo (ME). The protagonist of the festival carnival is the traditional mask of the West Indies “U Picuraru.” Parades through the streets of the town and tastings of typical products.
The Carnival of Saint Lucia del Mela (ME): “U ‘Càtalèttu” the historical luciese Carnival. The representation, born in the 70s’, was one of the most favorite holidays of the citizens of Saint Lucia del Mela.
The Carnival of Balestrate (PA): The oldest tradition of Balestrate, closely linked to the carnival is “The Dance of the Shepherds” or “masked Dance”
The Carnival of Palazzolo Acreide (SR). One of the oldest carnivals in Sicily. Floats parade, masked parade and traditional “Sausage Festival”
The Carnival of Termini Imerese (PA): Celebrating the “Carnival Termitano” Parade of floats and performances for one of the oldest carnivals in Sicily which is held since 1876.
The Carnival of Corleone (PA): Parade of floats, masked groups and riders through the streets of the city. The “Riavulicchi” are the typical mask of the Carnival
The Carnival in Chiaramonte Gulfi (RG): The folklore carnival dominates for the four-day festival with music and dancing, parade the ancient masks of the “commoners” and traditional “Sausage Festival”.
The Carnival of Valderice (TP): One of the fixed appointments that characterize the local folklore. “Parade of floats”, tasting of typical products.
The Carnival of Avola (SR): The origin of the festival has ancient roots, presumably, dates from the Middle Ages. Parades of floats, costumed groups and floats adorned with flowers.
The Carnival acquedolcese () ME): Parade of floats and masked groups for the carnival of Acquedolci, whose official character is “Doroteo”.
The Carnival Francavillese: Among the manifestations of Sicily which attract a lot of tourists: the typical Carnival Francavilla (ME). A “ritual” that recurs every year fromthe ancient time.
The Carnival of the Egadi islands (TP): Favignana, Marettimo and Levanzo. Panorama of Carnival celebrations in the province of Trapani.
The Carnival of Piraino (ME): Carnival del Murgo e dell’Orso. Tastings of sausage, waffles and “Festival of fedda’ Rassa”