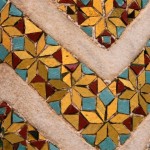 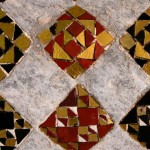 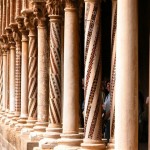 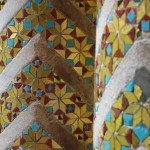 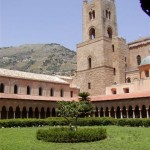 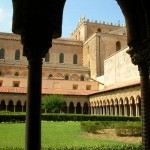 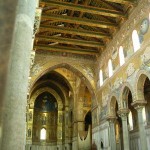 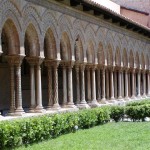 As Cefalu and other places of the province of Palermo, Monreale has got the sign of a great, more than human, power. The two cities were in fact arise as a result of a vow to the Virgin Mary as a sign of gratitude for the narrow escape during a storm. Monreale was built by William II of Altavilla. More prosaically, the story refers instead that these places were particularly strategically important for the control of waterways and mountains, for the spread of Christianity and for the subjugation of the Arab communities of the hinterland. In fact Cefalu extends below the fortress overlooking the coast, while Monreale lies on an intersection of passages that protect Palermo. Where Monreale is sorted, behind and in view of Palermo, the Arabs founded the place of collection of food products destined to the markets of the city: “Ba’lat”, this was the name in their own language. The Norman kings appreciated it for its fresh air and for hunting. In 1171, when William II took the power, he also decided to consolidate it, especially with the survivor Arab centers close to Palermo. On this strategic mount then called Mons Regalis began in 1174 the construction of the church and the Benedictine monastery which was a mighty fortified construction with a profitable property. For the building of the Cathedral, William did not save any money, as the strength of the crown was involved. In the 4000 square meters of the church, there are 6000 square meters of mosaic with scenes of the Bible and of Jesus’ life, and the Christ Pantocrator in the apse. Bonnano of Pisa was called to realize the 42 bronze panels of the Portal, and later, Barisano of Trani for the 28 panels of the side door. Of the convent remains the cloister only, according to Guy de Maupassant “a place of such grace to do want to stay there forever.” Among the travelers who have visited the place, a really famous has not been able to appreciate the serene elegance: in fact, in 1787 Wolfgang Goethe came there but was invited for lunch at another monastery, he returned to Palermo without enjoying the town and the its cathedral.