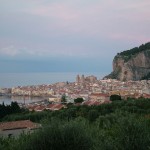 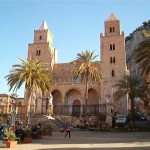 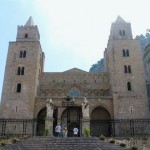 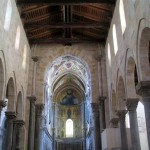 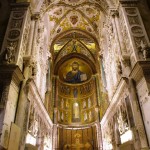 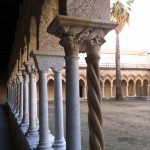 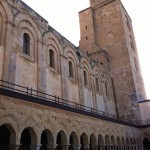 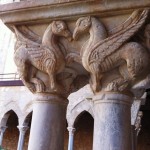 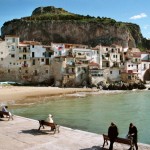 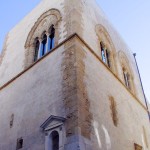 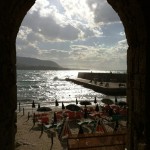 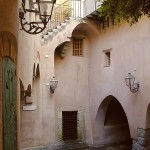 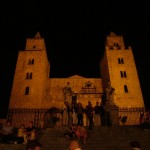 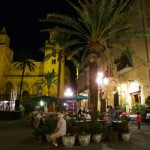 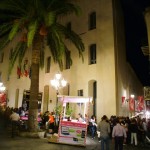 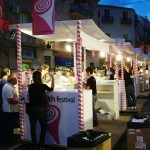 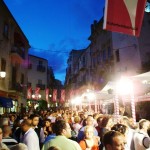 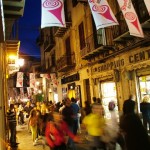 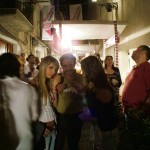 According to Diodoro Siculo, Cefalu was founded in 396 BC by the native of the island. Then followed the Greeks, Romans, Byzantines, and Arabs who arrived around 858 and called it Gafludi. Ruggero of Altavilla conquered Cefalu in 1063, and Roger II built the Cathedral and the Osterio Magno, the tower made with golden stone that had the honor to serve as the Royal Palace. The church, an imposing view from the square but rather tiny under the big fortress (Rocca) which dominates it, has the form of a castle, highlighted by two strong bell towers and softened by the porch on which is written the date of 1471 and signed by Ambrogio da Como. Started in 1131, it was aimed to host the earthly remains of the Altavilla dynasty. From the Byzantines, the Normans inherited the art and the passion for the great mosaic that covers the apse, with Christ Pantocrator (1148), and in the spaces of the presbytery and the vault. The walk along what remains of the walls of Cefalù refers to periods of warriors and seafaring glory. Of the Renaissance, however, the city delivers to the travelers the memory of the patriot Salvatore Spinuzza, one of the promoters of the revolt against the Bourbons in 1857, shot in Piazza Garibaldi, and the museum Mandralisca. When the Thousand of Garibaldi reached Cefalu, Enrico Piraino, Baron of Mandralisca, was on their side. Great gentleman and collector, he left his treasures to posterity, including the famous portrait of the unknown by Antonello da Messina