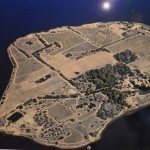 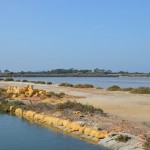 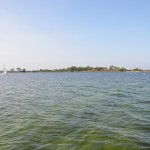 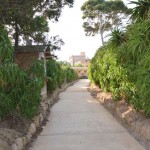 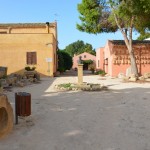 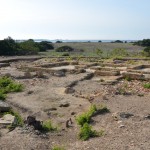 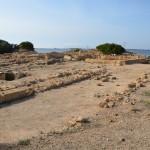 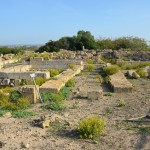 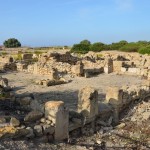 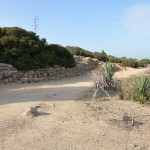 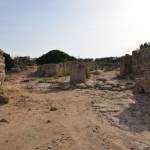 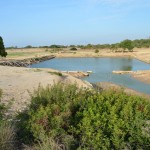 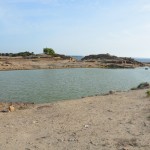 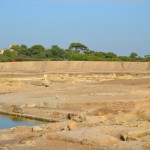 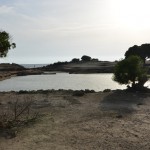 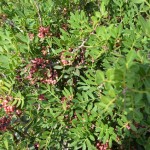 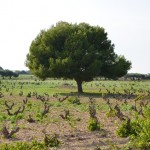 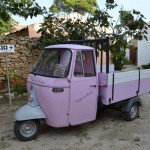 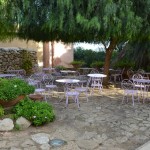 The first civilisation to arrive on Mozia was the Phoenician. They discovered this small island in a lagoon, off the coast which connects Trapani and Marsala, hidden from the eyes of sailors. The Phoenicians fortified the island building walls all around it. They also built a port and prestigious buildings of which many signs remain (the House of the Mosaics, the House of the Amphora, the Casernetta and the hidden harbor). The density of the population was great as it was the largest and most prestigious colony of the Phoenicians. So small and forgotten for centuries, it is hard to believe that it has been an important Phoenician colony with a such important story. Protected by the lagoon, out of the major touristic routes, Mozia is a strip of land extremely seductive. In Sicily, Mozia is loved and respected for the dedication that Joseph Whitaker had for it. Whitaker was an intellectual entrepreneur who was born in Palermo and lived in the beautiful Villa Malfitano, He decided to check if the island, where he was used to go searching for rare birds, was the ancient Mozia. Therefore he began excavations, which lasted two decades, and launched the Whitaker foundation and in 1920, he founded the museum which is the testimony of a century of culture and history. It has got ten thousand finds of great interest, including ceramics, glass, coins, vases, jewellery, dominated by a statue made in white marble with the size of the young man with his tunic, a real success of Greek workmanship probably made by a good sculptor inspired by the Greek school of Phidias. Mozia has also got something magical because, connected to the mainland by an isthmus covered by water during the high tides, this isthmus allowed the crossing in carts giving the impression to walk on the water. Today it is easy to reach. The connection is provided by barges every 30 minutes. It is finally a botanical and archaeological paradise. Yellow daisies alternate with Mediterranean plants, palm trees and cactus, agaves and pine, mastic and rosemary, boxwood, myrtle, put even more emphasis on the museum, the nearby house where Garibaldi slept and the precious archaeological departments.

Nathalie’s tips: In summer, do not forget water and hat ! As most of the archaeological sites, there is no shade on the island. To cool off on Mozia island, you will find the lovely Caffé Delia, a magical place in the shadow of false peppers, to taste an excellent Granita of prickly pears. The best is to visit Mozia in the afternoon to return to the boarding place on the Sicilian coast in time for the sunset. You will find the bar / restaurant “Mamma Caura”, with a large panoramic terrace oriented towards the lagoon, the salt pans with the mountains of salt and the windmills. You will attend to one of the most beautiful sunsets in the world: an explosion of colors and emotion, enjoying a glass of local fresh white wine. For gourmets, stop there for dinner and taste the fish of the lagoon …… for another unforgettable experience !