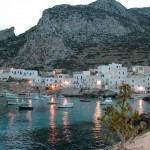 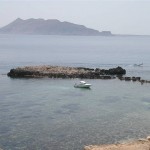 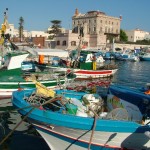 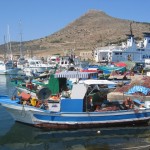 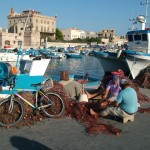 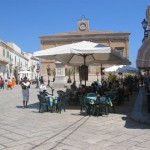 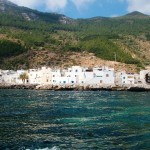 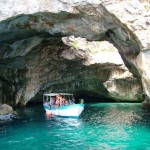 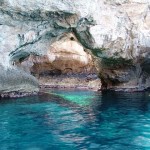 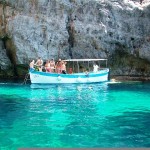 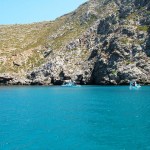 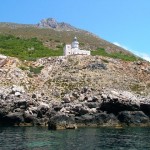 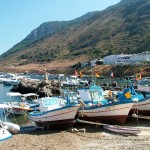 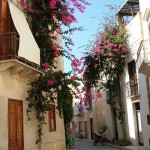 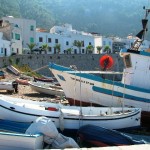 Of great archaeological, historical and naturalistic interest, they are the realm of tuna fishing and the guardians of traditions.
Levanzo, about 10 sq km, it has got many archaeological treasures and a very rich flora with almost 400 endemic species. It is a sort of paradise for those who want to forget the mainland. It still preserves archaeological finds of the Punic Wars and the Roman period. But the island is mainly known for the numerous caves, like the Genovese Cave on the west coast, which preserves prehistoric drawings of great interest.
Favignana, inhabited since the Stone Age, was the scene of the largest naval battle of the antiquity in 241 BC: the Romans defeated the Carthaginians, sank 150 ships and made ten thousand prisoners. In Favignana, sea and tuna are the protagonists. As soon as you reach the harbor, you will see the ancient Tonnara, where the complex system of fishing nets is still prepared today, and where once, tuna was prepared to be preserved. The light is always dazzling on the nineteenth-century facade of Villa Florio, and the blue sea reigns on this building, witness of the past of this western part of Sicily which has seen a relentless industry and international commerce of tuna, salt, wine and Marsala. In Favignana,you can choose the color of the water in which bathing or the type of coast where to have a sun bath: The water of Cala Rossa looks like a liquid crystal. Cala Azzurra takes its name from its intense color. Turquoise dominates cala Pirreca and around the island of Preveto. But Favignana is also beautiful to be seen from the ground. Starting from Piazza Matrice, it is worth going to St. Catherine to enjoy stunning views on the sea, or visit the caves of San Nicola.
Marettimo, the most beautiful of all, it has over 400 caves, ruins of a Roman building and a church in oriental style. Marettimo is a remote and virgin island, beautiful both in the emerged and in the submerged part, with the charms of wildness, perfumes and silence. This mountain that rises from the sea is the peak of Mount Falcon 686 meters. It offers to the walkers hiking trails smelling of rosemary, rue, rock rose, carob trees and Aleppo pines, heather, mastic and myrtle. It has got more than 500 plant species and it is the home of various species of birds. Marettimo is also a paradise for divers.
Formica island hosts a lighthouse and a tonnara. Maraone, little more than a rock, is populated by seagulls and is covered with shrubs

Nathalie’s tips: In Marettimo, it is a must to have breakfast with brioche and granita of mulberry. Then take a boat with a local guide and sail along the coast of this amazing natural reserve to reach the most beautiful beaches accessible from the sea only. The best is to choose the whole day excursion around the island with lunch on board with fried fish, couscous, seasoned olives, watermelon and local wine. You can have a rest between a bath in a cove and another. You’ll be back on time at the port for the last hydrofoil for Trapani. Of course, do not miss your mask and tuba ! Snorkeling is a must in the crystal-clear waters of Marettimo.
In favignana, I would suggest you a picnic at lunchtime and to rent bikes or electric cars at the port. The landscape is beautiful and it is worth biking or driving across the island. There are many accesses to the sea from the earth and you will enjoy your drive from a cove to another.