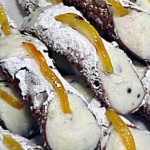 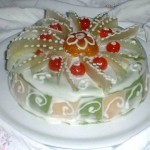 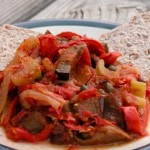 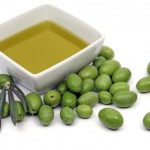 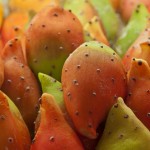 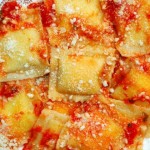 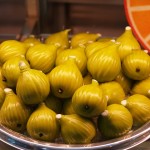 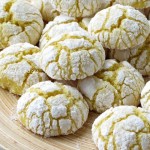 Two hundred years of Arabian domination have left their mark in the Sicilian cooking. The Saracens introduced in Sicily pasta, rice with which you prepare the succulent Sicilian “arancine”. They also invented marzipan candies, cassata, cannoli, and sorbets (from the Arab “sciarbat “).

But the foreign influences in Sicilian cooking have been so many and so fruitful that each dish is a surprise for its strong flavors and for the creativity and variety of colors. Therefore we can speak of a culinary art which is still practiced by housewives, in the strict observance of tradition. An example? Pasta with sardines  which is the undisputed queen of the table in Palermo. But also pasta cu ‘ i vruoccoli arriminata (bucattini with cauliflower and saffron) and baked pasta with tomato sauce and ricotta. Among the delicacies of Caltanissetta, there are the cavateddi, served with peas and beans or mushrooms. In Trapani pasta means busiati, large handmade fusilli topped with meat sauce or lobster, or macaroni with bottarga (dried tuna eggs) or served with a pesto made with almonds, garlic, basil, parsley and tomatoes. A similar sauce is cooked in Agrigento province: the carrittera sauce made with tomatoes, garlic, extra virgin olive oil , black olives and small cubes of tuma, a delicate local pecorino. The same cheese is used in Aragona to for the elaborate preparation of the taanu: boiled rigatoni dropped one by one into eggs, mixed in a ragout of veal, chicken broth, cinnamon, mint and saffron, covered with slices of tuma and then baked. The specialties of Trapani and Pantelleria, where capers grow, are ravioli stuffed with ricotta and mint leaves and especially couscous with fish,  an Arabian heritage, and sciakisciuka, a hot caponata made with vegetables.  In Raffadali  the maccu is prepared with dried beans, a typical puree of the countryside of Agrigento and also la cuccia: a soup of wheat seeds boiled in milk and water, sometimes flavored with fresh ricotta and eaten on the day of Saint Lucia. In Agrigento  another specialty is eggplants cooked with cheese, garlic and tomato sauce, and artichoke stuffed with anchovies, parsley and breadcrumbs.

The leg of mutton is another specialty of Agrigento province and it is filled with tuma, garlic, parsley, and baked in a stone oven. Meat is the protagonist in ‘mbriulata of Caltanissetta, a roll of puff pastry filled with potatoes, black olives, chopped pork and beef, and sprinkled with grated cheese. In Palermo, the tradition is to eat meusa (calf spleen) with vastedda (round bread with sesame). The roast meat is a delicacy in the inland of Trapani, while on the coast, in the Egadi Islands and in Pantelleria island triumphs fish: tuna with almonds or stewed, filled with vegetables and baked or grilled, but also tasty soups with grouper, mullet, lobster, sea urchins, sea bream, squid and cuttlefish. Squid stuffed with olives, capers and cheese is a specialty of Ustica island. In Palermo sardines are prepared in beccafico: rolled around a mixture of toasted breadcrumbs, garlic, sugar, pine nuts, olive oil, raisins and then baked in the oven.

Panelle  made with chickpea flour and u ‘sfinciuni, a thick pizza with anchovies, tomato, onion and tuma are part of the culinary heritage of Palermo. There is also a sweet version of the “sfincione” , very similar to the fuatte of Caltanissetta.

And finally, desserts! The legendary Sicilian Cassata, the Martorana fruits (marzipan fruits so called because the Arab recipe was perfected by the nuns of the monastery Martorana in Palermo), cannoli stuffed with ricotta, cream and candied fruit, are the spearhead of a large army of delicacies such as sweet couscous with pistachios, the scumetti made with eggs and almonds, cassatelle stuffed with ricotta cream, watermelon jelly, taralli filled with candied citron, the famous pastries with almonds of Erice and the Christmas cudduredde: biscuits filled with figs jam, almonds, raisins and chocolate. To complete the long list of Sicilian desserts: ice-cream and sherbets.