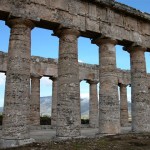 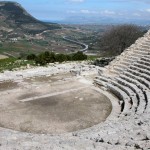 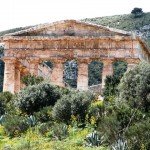 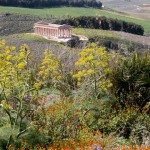 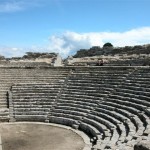 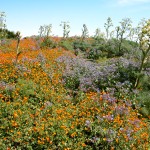 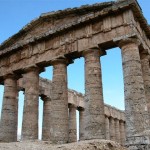 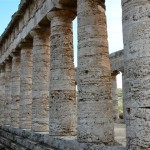 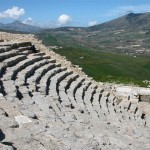 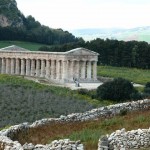 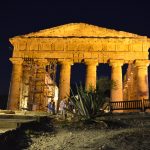 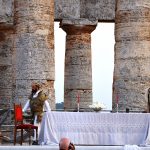 Segesta was founded after the Trojan war by the Elymians. Its temple was built in the middle of the fifth century BC. It is one of the best preserved of the ancient times. It is also the only one to have an open structure. Hundred meters higher, on the Acropolis of Mount Barbaro, is the theater built in the mid-third century BC. The auditorium, with seats cut into the rock, offers stunning views up to the intense blue of the sea, filling the eyes of the spectators who still attend performances in costumes of classical dramas. Scattered along the slope are the ruins of a church of the 5th century, a mosque and a twelfth century castle, ancient walls and many houses, sediments of a never ended story.

Nathalie’s tips: Take the time to enjoy the stunning views from the theater bringing a good book with you, from which you will raise up the nose now and then, felling to be an ancient spectator sat at the same place 2400 years ago. Do not miss the shows of Segesta in summertime. You can attend performances of ancient tragedies and comedies in the late afternoon at the sunset, an unforgettable experience. If you go to the theater with the shuttle, prefer to come down walking, the scenery is breathtaking and the view extends from north-west to the south coast. There is no doubt that the ancients knew how to choose the places where to found their cities! Finally why not have a picnic in the special picnic area at the feet of the temple? a very funny way to finish the visit especially for children.